The Way You Eat Pizza Says A Lot About Your Personality

My brother-in-law, Sheldon, came home the other day and told my sister that I was quoted on the radio. Not about political leaders or world unrest, but instead, about how the way you eat pizza and what it says about your personality. I love it that on my first national TV show in the US I was in a big bed with Regis and Kelly Ripa and after doing many intense stories recently on the political race that “pizza is hot.” You may know I do research and speak on the DISC personality inventory and body language and I used that research in this article.

The Way You Eat Pizza Could Be Saying a Ton About You
How do you grab a slice? 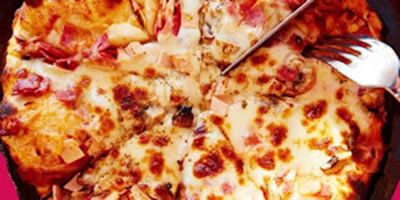 There's something to be revealed in everything you do, whether it's the order you do things in the shower (are you a shampoo or soap first kind of gal?) or, say, how you like to enjoy a hearty slice of pizza. A lot of it is based on habit—the way you learned to do things when you were young tends to be what you do later in life, says Patti Wood, body language and human behavior expert. But those moments when you're doing something spontaneous, like smiling—that's when things get interesting, because they show the world how you really feel and connect to things.

And while it's easy to try to categorize us all into nice little boxes—four to be exact, if you're following the DISC method—let's be real. Life doesn't work that way. "Not everyone is just a driver or just an influencer," says Wood. "It's a combination of personality traits, so you could identify as a driver in some things you do, and an influencer in others. Usually, though, there tends to be one that comes to the forefront just a bit more."

But since science is getting on the pizza-eating bandwagon, we figured we would, too. Because research has now found that 63 percent of pizza lovers have XX chromosomes, making them brilliant women (Hey, it's one of the 100 healthiest foods you could ever eat). So now that we've got that out of the way, let's be a bit more specific. Once you've grabbed a slice, how do you go about eating it? Find your category and see which personality traits rise to the front for you. 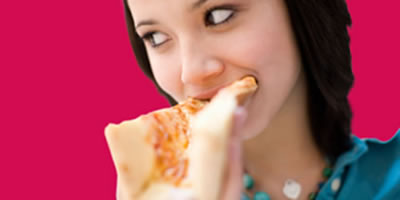 You're likely a driver, as those who eat their pizza this way—eh hem, food competitors—don't mess around or "waste time" savoring the different flavors in a slice. They just want to get their pizza down, and finish their pie the fastest. And since drivers don't necessarily care about following the rules (you know, when mom taught you to just pick it up and eat it, or be proper and use a fork and knife), you're not afraid to find whatever method is actually the best. Because for you, being the best is top priority. You're a take charge kind of gal, so just go ahead and tell us which pizza joint to meet you at—we know you've got the best pick of the pack.
Getty/Sammy Li

You Eat the Crust First 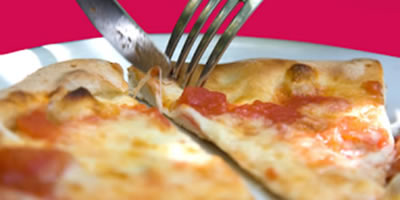 At first we had to figure out if people actually do this, but it's true—you really do exist. And those who dig in crust first like to be different; they like to set trends and tell people this is what's up (obviously, because not many eat pizza this way, so you're definitely unique). If that's how you identify, then you're an influencer. You like to be dramatic, often talk loudly, and love getting attention through your actions—even better if a little admiration comes with it. You're not afraid to say something is cool before the rest of the internet thinks it is, because hello, then you can take all the credit. You knew your way of eating pizza was cool before everyone else did.
Getty/Sammy Li

You Fork and Knife It 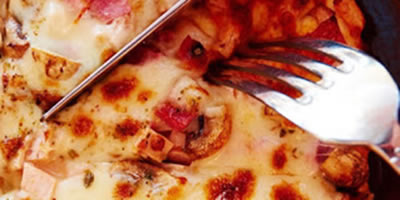 When you eat pizza with a fork and knife, do you like to be methodical? Do you make that first cut in the same spot every time, or maybe slice out the same size piece for each bite? If so, then you're a supporter. You're a very steady and stable person, the kind of friend every woman needs in her life. You'd make sure everyone has a slice before you grab your own, and would likely be hosting the pizza party in a very warm, relaxed living room so all your girlfriends can gab over a glass of wine, too. And because you're so system-oriented, you can bet you like routine—the pizza guy knows exactly what you're going to order before you even pick up a menu. So keep calm and carry on, girl—you need plenty of time to enjoy bite by bite, before the pie gets cold.
Getty/SammyLi

You Straight Up Bite It 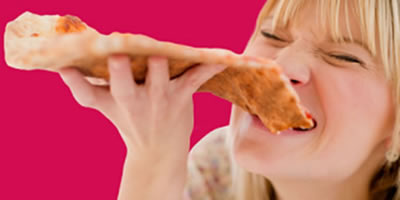 No frills or fancy eating methods required here, which makes you a careful corrector. You like to go with what you know works so that you're certain to get it right every time. That also means you're not one to take pizza eating very lightly. Yes, it can be a fun experience that gives you the freedom to experiment with a few flavors, but really, you've done all the research to find out what's really the best. And your perfectionist tendencies aren't afraid to come out, either. You've got the highest-rated pizza cutter around (mess = stress), so you can divvy up an equal amount to everyone sharing the pie.
Getty/Sammy Li
Actual Link to the Article in Redbook
http://www.redbookmag.com/life/charity/g2849/pizza-personality-reveal/