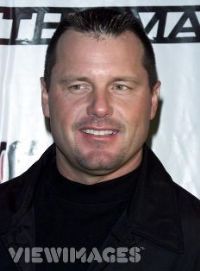 Let me begin with a general observation about the nonverbal aspects of Roger Clemens’ responses in his hearing today. Then I’ll comment on his body language at several specific places in the press conference. Clemens demonstrates quite a few nervousness and aggression cues in his testimony and several times his gesture clusters and verbal cues indicate deceit.

At one point a congressman describes the barbecue as a key event and says that the Jose Canseco's testimony disagrees with Clemens. Clemens shows what I call a tongue eraser, i.e. he sticks his tongue out slightly to his left and sweeps it to his right, indicating, I believe, that he wishes he could erase his lie about the barbecue.

When asked, “Do you think you could have gone on to the barbecue after the golf?” Clemens, gives what I call a drawbridge tongue and thrusts his tongue straight out, then quickly draws it up and into his mouth indicating he is not going to be forthcoming in his next statement. He quickly follows that cue with a downward grimace indicating his painfully sad feelings about this whole thing. Then he looks down to the right, a neural linguistic cue that he is trying to create a response, making it up rather than recalling what happened. The pause before he responds lengthens also, indicating that he needs time to make up an answer rather than quickly recalling the event. Then the first thing we hear is him saying “Um.” This vocal filler shows nervousness and can be a sign of deceit. Then he says, “I don’t know.” This is what respondents typically say or are coached to say when they don’t want to tell the truth and fear being caught in a lie. If you want to tell the truth, a much easier answer is a simple yes or no. Finally, after he speaks he gulps, which indicates what he just said is not going down well and could also be an indication of deceit.

Immediately after Clemens says “I take B-12 and other vitamins just about every other day” he sweeps his tongue out across his mouth indicating that he just lied. That’s so odd--does it mean he takes vitamins more or less often, or that he takes something else?

He was then asked about his depositions. “Were your answers truthful?” He moved forward slightly and gave what I called a jump-in response of “Yes, they were.” Long pauses from a person that doesn’t give long pauses in his normal conversational style can indicate deceit, to be sure. But when someone jumps in far too quickly in a way that does not match his normal response rate. it indicates that the person had prepared an answer to the question rather than giving a spontaneous and more naturally honest response. It is not necessarily a lie, but it sure sounds funny to me.

When the differences in Clemens’ and his wife’s testimony concerning HGH are being discussed, she quite obviously scratches her nose to indicate that what was said does not 'smell right'. This could be a cue that there was deceit.

When it is stated that his testimony about HGH is contradictory, he responds first by blinking, which shows that the question is very unpleasant to him, and he wants to close himself off from it. Then as he starts to say, "I never had any DETAILED discussions with Brian McNamee about HGH," he shakes his head so very slightly on the word never. That is a confusing cue. A person doesn't normally shake their head no when making a definitive statement. When he changes the wording to be exclusionary, it could indicate that he knows there were discussions, but he just wished to redefine them. Redefining words and terms like Bill Clinton's "I did not have sexual relations with that woman" is common to deceit.

Visit www.pattiwood.net/program to learn more about my programs on deception detection.

Leave your comments about this article on my blog: www.bodylanguagelady.com